What are White Holes? White holes are one of the most interesting concepts in math. Maybe you’ve heard of them or perhaps this is your first time. Let’s answer the question what are white holes? A white hole is essentially the reverse of a black hole. Where a black hole sucks in matter faster than the speed of light a white hole expels matter and still attracts matter (we’ll talk about that in a second). Before I go any further a white hole is still hypothetical and it may always be hypothetical. The reason a white hole was introduced is because it can be proven in mathematics. Think about the balance of 1 and -1. When you balance equations in mathematics the other side of the equation is the opposite. In a black hole there is an event horizon that if any matter crosses this event horizon line then there is no going back. A white hole also has this event horizon line but instead the matter would never get past the event horizon. Matter can still be drawn to the white hole because of the amount of gravity it possesses but nothing will ever enter the white hole. Interestingly Universe Today explains where this white hole came from:

The concept of a white hole only appears as part of the vacuum solution to Einstein’s field equations that are used to describe a Schwarzschild wormhole. A wormhole is a black hole on one end, drawing in matter, and a white hole on the other to emit matter. Schwarzschild wormholes are unstable. They collapse as soon as they form. Also, wormholes are only a solution to the Einstein field equations in a vacuum where no matter interacts with the hole. Real black holes are formed by the collapse of stars, but white holes shrink from matter so they could not exist in connection with true black holes because the presence of matter would cause them to collapse.

Some have even suggested that a white hole could possibly be the Big Bang itself. Many scientists feel that it may be impossible to ever see the existence of a white hole due to how unstable it would be. Still white holes are incredibly interesting to think about and the idea of a worm hole starts to make a little sense even though it seems unlikely anyone could survive jumping into a black hole and come out of a white hole. 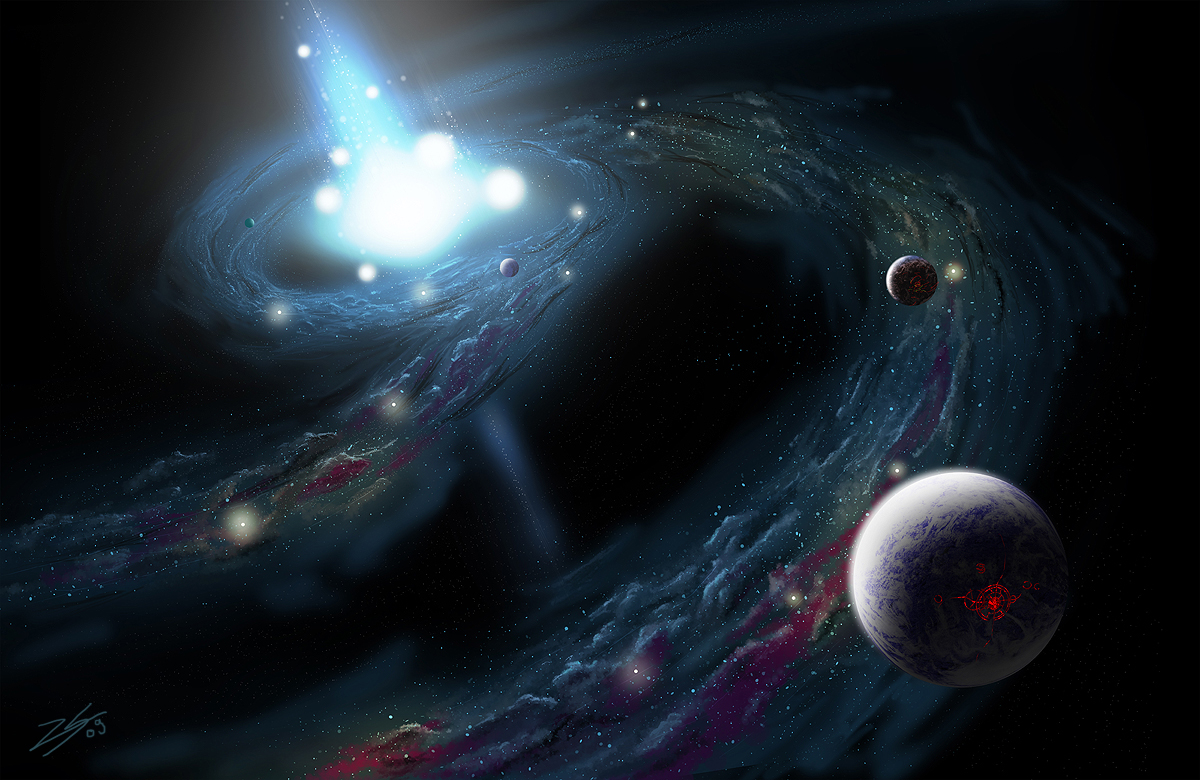 Article Name
What are White Holes?
Description
What are white holes? White holes are possibly one of the most interesting hypothetical objects in the universe.
Author
Zain Husain