Share On GoogleShare On FacebookShare On Twitter
Home » Cosmology » What is Dark Matter and How Much is in the Milky Way?

One fact that always humbles me is that the universe is made up 68% dark matter, 27% dark energy, and less than 5% matter. That means that all the current knowledge that we have is only about < 5% of the universe. When we say matter we are talking about stars, planets, moons, nebulas, and all the atoms in the universe. That makes up about 5%. This fact is just mind boggling and you should take a second to let that sink in. Now, that leaves us with dark matter and dark energy? 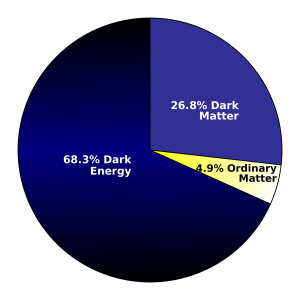 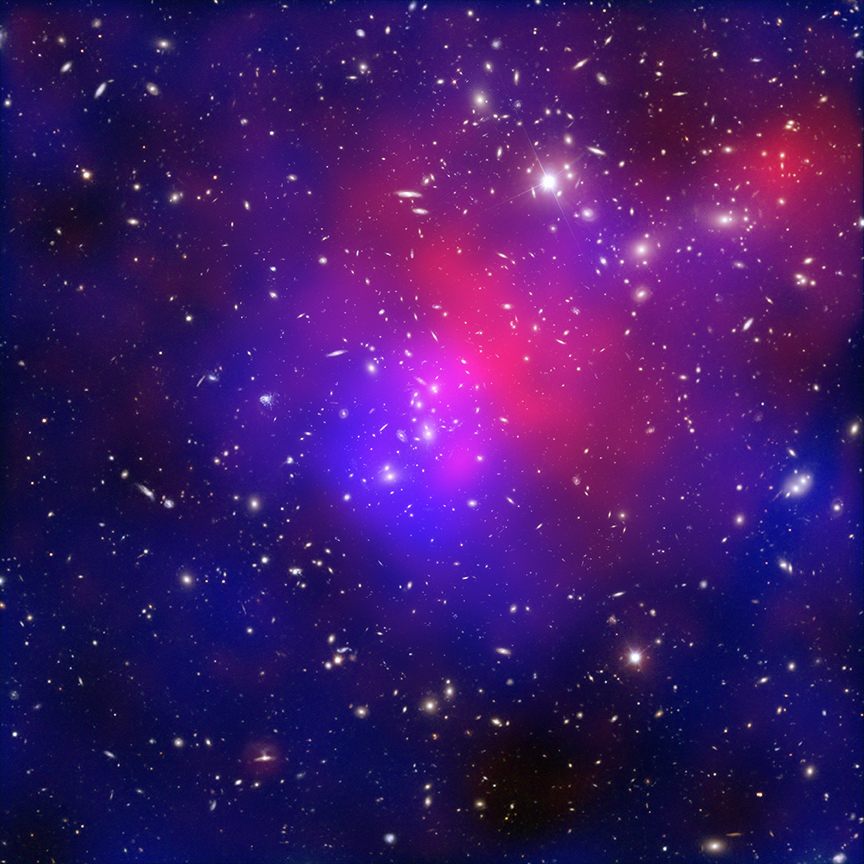 This composite image features one of the most complicated and dramatic collisions between galaxy clusters ever seen. Known officially as Abell 2744, this system has been dubbed Pandora’s Cluster because of the wide variety of different structures found. Data from Chandra (red) show gas with temperatures of millions of degrees. In blue is a map showing the total mass concentration (mostly dark matter) based on data from the Hubble Space Telescope, the Very Large Telescope (VLT), and the Subaru telescope. Optical data from HST and VLT also show the constituent galaxies of the clusters. Astronomers think at least four galaxy clusters coming from a variety of directions are involved with this collision.

Dark Matter in the Milky Way

Scientists believe that throw observations of our own galaxy and studying the mass to light ratio in our galaxy that they believe the Milky Way is made up of more than 90% of dark matter. That is incredible if that is the case! It means that everything you thought makes up the Milky Way or at least the mass of it is not even making a dent. It’s facts like these that challenge humans and brilliant minds of today to make sense of the universe.

If you’re interested in reading more about dark matter and dark energy I’ll leave some of the sources I used as well as some articles that will explain a little more.